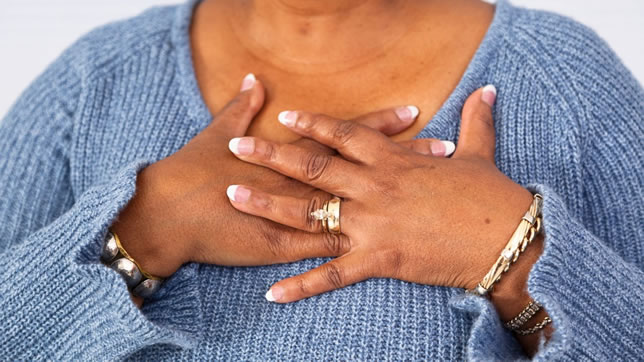 THURSDAY, September 29th was World Heart Day (WHD) and cardiologists have alerted to a steep rise in cases of heart attack, stroke and kidney failure in the country.

The theme of WHD 2022 is ‘Use Heart For Every Heart.’ The World Heart Federation has created this day to raise awareness about cardiovascular disease.

Cardiologists in interviews with The Guardian and in recent publications said cases of hypertension rose by about 700 per cent in 25 years, from 4 million people in 1995 to 27 million in 2020 in the country.

They said over 11 million Nigerians are living with diabetes, obesity and high cholesterol levels. They blamed hypertension and diabetes for the increased prevalence of stroke, heart failure, heart attack and kidney failure.
They insisted that diabetes, obesity, smoking, socioeconomic transition, marked by a sedentary lifestyle, lack of physical activity and high consumption of fatty foods, are the main contributors to the higher prevalence of heart failure.

The cardiologists also identified a lack of community-level awareness, and high prevalence of associated conditions such as hypertension and diabetes, compounded by poor accessibility, and affordability of healthcare, as major barriers to the prevention of heart failure.

They said heart failure is associated with significant morbidity, and mortality and considerably impacts patients’ quality of life, as well as incurring substantial economic burden, with a total estimated cost of US $1.92 billion globally.

They said the chances that an average age a person will develop heart failure in Africa is significantly lower than elsewhere: Africa (53 years), the Middle East (56.4 years), North Africa (58.79 years), Asia (60 years) and Europe (70 years).

Meanwhile, to address the steep spike in heart diseases and the implications, the experts recommended massive awareness campaigns about heart diseases, causes and prevention with lifestyle changes that can keep the menace away.

They said energy drinks could predispose one to abnormal heartbeat, hypertension, heart attack and sudden death.

The cardiologists said palm oil is very good for the heart, but overheating or bleaching it can alter the property, convert it to bad oil, with increased chances of causing heart disease.

Olusegun-Joseph said: “The burden of cardiovascular disease (CVD) is on the increase in Nigeria. CVD accounts for a sizeable number of admissions in our hospitals, with over 30 per cent of CVD-related deaths yearly. Several studies from every region of the nation show this increasing trend of CVD morbidity and mortality.

“There is a significant increase of hypertension in the country with about one-third of the population hypertensive. The prevalence varies from one region of the country to the other, however, ranging from 20 per cent to over 45 per cent in some communities.

Studies show that the prevalence of hypertension has increased astronomically among Nigerians, from around 4 million in 1995 to over 27 million of the population as of 2020, and it is still increasing. Worse still awareness of hypertension is very low among our people, though slightly better than before. The same increasing trend is noted for diabetes mellitus with over 11 million Nigerians living with diabetes; obesity, and high cholesterol levels.

“The result of all these is an increase in the prevalence of stroke, heart failure, heart attack, and kidney failure which are now very common cases in our hospitals. There is hardly any day in the hospital that we don’t have more than four new admissions of people with stroke and heart failure, and more than two cases of kidney failure. On some occasions, we can have more than seven admissions of these diseases. Unfortunately, this is the trend in most of our secondary and tertiary hospitals.”

On recommendations on how to address the situation, the LUTH cardiologist said: “The first and most important is what you are doing now- education and enlightenment of the populace. We must educate our people. There must be a massive campaign to drive awareness among our people about heart diseases, the causes and prevention with lifestyle changes that can keep it away!

“We must cut down on salt and high cholesterol intake. Exercise often, weight loss for those who are obese, intake more fruits and vegetables, smoking cessation, stop or reduction in alcohol intake, maintain a cleaner environment with no or very minimal air pollution, healthy drinks like smoothies, hibiscus drink, green tea, instead of sodas and refined, processed drinks.”

Olusegun-Joseph said trans fats predispose to heart disease by causing inflammation, predisposing to atherosclerosis, and causing endothelial damage. He said trans fat will cause an increase in bad cholesterol, and low-density lipoprotein (LDL), which can predispose to obesity, stroke, heart attack, and peripheral arterial disease.

The cardiologist said energy drink is a double barrel: firstly, it has very high caffeine content which can predispose to the abnormal heartbeat (arrhythmia), hypertension, heart attack, sudden death etc. “All of these have been reported in people following energy drink intake. Secondly, the excessive refined sugar in it will cause subclinical inflammation, predispose to atherosclerosis, obesity and diabetes to mention a few,” he said.

Does palm oil cause heart disease? Olusegun-Joseph said: “Palm oil is used to cook without excessively heating it is very good for the heart. It has tocotrienol, a very potent antioxidant. It also contains tocopherol, palm olein and other substances that promote heart health. However, overheating or bleaching of the oil can alter the property of the oil and convert it to a bad oil making it more atherogenic with increased chances of causing heart disease.”

Akinroye said Low and Middle-Income Countries (LMICs) such as Nigeria Nigeria bear almost 90 percent of the burden of premature deaths due to CVDs, as most individuals affected are between the ages of 45 – 74 years, resulting in low life expectancy rates.

Akinroye said, in Nigeria, the economic burden of CVDs on individuals and families is enormous. “Since post-COVID-19 era, the cost of treatment of CVDs has risen sporadically since payment is mostly by out-of-pocket spending,” he said.

Odia said about one-third of deaths and disabilities from NCDs are due to heart diseases. He said this is borne out from hospital-based studies and a few population-based studies.

Bennis said: “Heart failure is a serious and growing threat to health in the Middle East and Africa, but it does not have to be this way. Policymakers across the region must act now to prioritise heart failure and associated diseases, through better training for health workers, and national registries to ensure the collection of quality data and improved access to novel therapies.”

Klug said: “Whilst local guidelines are available in South Africa (click), too many lives are being cut short in this part of the world due to gaps in how we identify and treat heart failure. This problem also places a huge economic burden on already over-stretched health systems. This paper clearly lays out what needs to be done to avert further suffering. In honour of World Heart Day, we are calling on policymakers to turn words into action.”